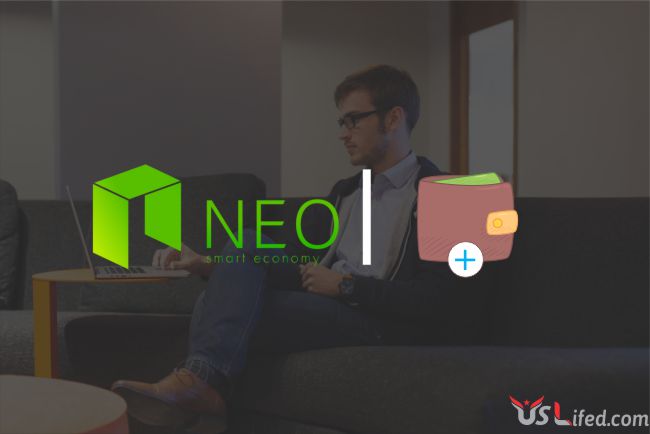 Founded in 2014 and previously known as Antshares, they are the first ever open source blockchain of China. They are an efficient way of using blockchain technology.

NEO is a platform to build decentralised application and it runs on GAS. With the usage of right wallet, you can claim free GAS coins – which is like the fuel for NEO’s blockchain and you get them as a reward for holding NEO.

So let us have a look at the best wallets to “HODL” NEO.

A hardware wallet costing 70$ made by a French Company in 2015 lets you store around 18 crypto currencies including NEO cryptocurrency. Similar to a tiny USB device, it has small OLED on top. There are two buttons which let you proceed with your transactions. It works with NEO wallet alongside MAC, Windows, Android and LINUX.

You can connect it to your computer with the help of OTG and enter the 4 digit password which is visible on the screen of Ledger.

Well known for its safety, it provides private keys to make it more secure as it is stored in a separate part of the device and not saved on any servers and thus, is safe from hackers. Additionally, you also receive a new address with every new funds being received. To get Free GAS, you can use Ledger Nano S with NEO wallet. It is a highly demanded product and is also convenient to use.

What is NEON Wallet?

It is a Desktop Wallet which is not developed by official NEO team but by City of Zion. However, it has been declared 100% safe by them. Also, Ledger Nano supports NEON wallet and is available for Windows, Mac and Linux operating system. Here you can claim your GAS on the wallet itself.

The private key saved on desktop makes it safe to use too. You can SEND, RECEIVE as well as STORE both NEO and GAS.

It is similar to NEON wallet and is a web-based offline wallet which is available in English as of now. It can be easily worked with browsers like Google Chrome and Edge. Being an open source, it has been developed by NEO holder and verified by NEO team. For beginners, it is the best option and very simple to use. Safety is provided as it doesn’t store any data on Neotracker.

You can easily set NEO Tracker with the following steps:

Founded by Onchain team, it is an open-source, free and ‘light’ web wallet which is very much alike NEO Tracker available on Google Chrome and Edge Browser. The languages available are English and Chinese. It lets you Send, Receive and Store your NEO and GAS and claim your free GAS all at one place.

Keeping the safety of users as its priority, as it doesn’t store your keys on NEOWallet. Also, there is an option to backup NEOWallet which can let you control the private keys. By creating a New Wallet and setting password, you can get started!

An app available for Android users, it is developed by Onchain team who also founded NEOWallet. It is a great option for those who prefer using mobile to store their NEO. At the beginning, it had some errors which reduced its rating but now, the problem have been fixed and it works well.

Although being a mobile wallet, it lets you Send, Receive and Store NEO and GAS. With this app, the GAS which is a reward, can be automatically claimed. As of now, it supports only English language.

As for the safety measures, it doesn’t let you store the private keys as it is a mobile wallet and in turn prevents any chances of hack or theft.

It is an offline and official NEO Desktop Wallet which like other NEO wallets lets you Send,Receive and Store both NEO and GAS. Supporting English and Chinese language, it is currently available only for Windows 7 SP1 and later Windows 7 SP1.

Letting its users fully control Private Keys, it proves to be secure. But, it is not as user friendly as other wallets as it syncs the complete NEO Blockchain which takes some time. Thus, it is not a ‘light’ wallet, but a synchronising wallet. Although after the process of sync is completed, you can use it by setting a password.

An advance wallet specially designed for advanced users and available for Windows and Linux operating systems ad in English is highly safe and secured. It lets you Send,Receive and Store both NEO and GAS. This wallet allows you to claim your Free GAS .

The CLI in this wallet stands for Command Line which states that it runs through command prompt. As it is designed for advanced users, it is not recommended for the beginners to use.

If you desire to store NEO coins for a long period of time, then NEO Paper Wallet is for you. So what is a Paper Wallet?

It is a piece of paper which has your public and private address on it. As the private keys are stored offline, it is quite safe. Also important is to keep the printed paper safely as there is a threat of losing funds if it gets into the hands of anyone else.

It lets you Store and Receive NEO and GAS but to Send them is a difficult task as it causes lots of hustle. Also, it doesn’t let you claim your Free GAS which is a major issue. It can be created by visiting any Andy site. The two ways to create NEO Paper Wallet are:

A wallet is beneficial when it can reward you with the Free GAS. Also, NEO or any other cryptocurrencies should not be stored for a long period of time as then the risk of a probable hack or theft increases. Similarly, it is recommended to write down the paraphrase/seed as it can help you access your funds if you forget Private Key.