Home Verge Verge Coin (XVG) could be the next Bitcoin 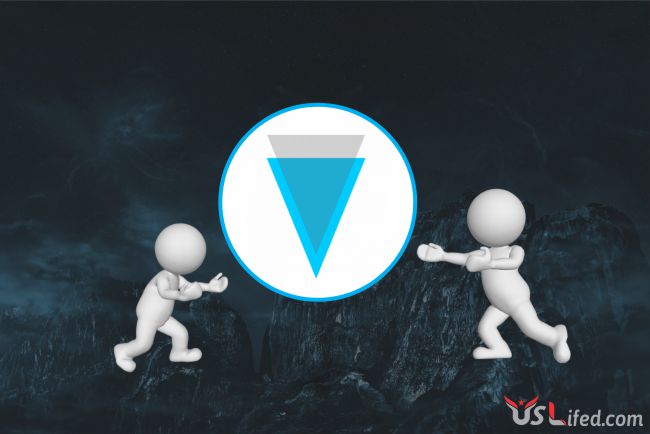 Bitcoin has been in the news in the last few days because of its sudden rise of 1800% at the end of the year 2017. But if we go to observe about its major actions, we will learn that it has opened many paths for other Altcoins to bloom. We can say that the BTC system is as such very unproductive and the transactions are at times slow and also the cost incurred in sending and receiving the coins is also very high.

It is important to keep in mind the two sources of value i.e. it’s intrinsic or extrinsic values, at the time of investing on any cryptocurrencies. It is a good option to choose a coin that has both these values. The intrinsic value of a coin will allow you to exchange the coin on selected markets whereas its extrinsic value allows you to use the coin and purchase goods and services and to pay your trip etc. but if the values of the coin does not allow you to do such things, then we can say the coin is of no use.

Verge (XVG) possesses both the values so that you can exchange it in reputed exchanges and that too effortlessly. Its value can also be converted to other currencies and any other digital assets which we can say is the factor behind the success of XVG.

At present the transaction costs incurred in Bitcoin is very high making some exchanges not to take place even if it is in great demand. This has given place to Verge Coin to enter into the market and to capture the market by its far better services, fast transaction and the cost incurred in sending and receiving money is also very low. Because of such qualities, XVG Coin has become one of the Altcoins competing for the bright period.

Verge Coin looks after the users living anywhere in the world by giving them the very advanced medium of exchange. As on the date, it takes three hours to complete a transaction in Bitcoin while the same transaction can be cleared in just three seconds with Verge Coin. So we can say XVG Coin is the platform of the future.

In Bitcoin users have to use the blockchain technology. Anyone having smartphone and internet connection can only send and receive money. It takes quite a good amount of time from requesting for money and the time taken to hit the wallet. This gap has been filled by Verge Coin and here we can say it enters with all its strength into the market.

As compared to the users before nine years ago, todays modern users of cryptocurrency have varied desires. XVG has smelt the needs of modern users and have tried to fill these gaps. Verge Coin, through its fast speed enable you to complete your transactions without any delays and also the transactions are not traceable.

People want those cryptocurrencies that make their life easy and also fulfill their needs. Litecon was created for fast transactions whereas Ethereum was meant to give the users, solutions through smart deals. XVG Coin is competing with the others in the market with its fastest speed and its transactions being non traceable.

As compared to other cryptocurrencies and Altcoins, Verge Coin developer takes care of the users by making privacy an option. This has enabled them to gain consumer satisfaction. It’s your choice to remain unknown or public. In Verge Coin there is no need to send money to your spouse or grandmother or anyone secretly. This is a plus point of XVG.

What is the driving force behind Verge (XVG)?

Verge is fulfilling the needs of the users by making privacy as an option. Verge can do far better than Bitcoin.  Verge is slowly and steadily inviting organic adopters, as against Bitcoin’s huge marketing advertisements. Organic market invites genuine investors and also invites a good respect. Verge has flourished in a very short period handling all sort of negative publicity by the competitors.

Verge (XVG) is challenging Bitcoin and other digital currencies as per CoinMarketCap. In January Verge has gone up from $0.00002 to 0.30. As compared to Bitcoin 1800%, it is 1.5 million percent at the end of the year 2017. These figures clearly say that if Verge is adopted by the huge crowd, then no one can stop it from reaching the heights.

As compared to Bitcoin, Verge gives more market applications and is more applicable to the consumer needs. So we can say that Verge’s future is quite bright than Bitcoin. It can be counted as a next better Bitcoin.