Home Tron Possible Reasons why we are seeing Tron Coin in a Top 10... 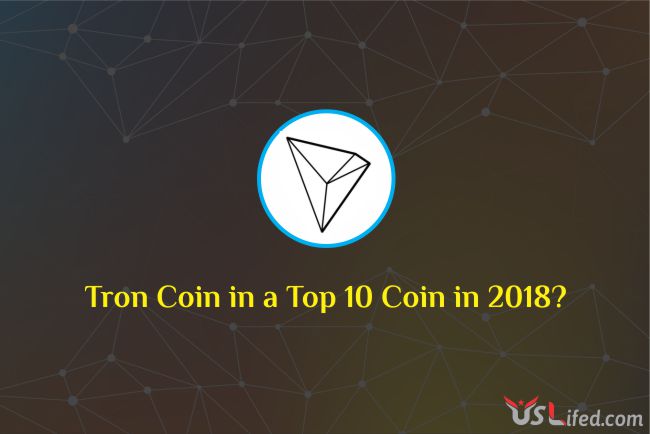 After a continuous price fall for about a week the cryptocurrency market is attaining its position back. In the past few days, the value of the digital currency was stepping down and down, but the present situation is quite relaxing for the cryptocurrency market, as there a hope that it will come out from this violent fall. All the currencies faced a great fall in terms of price except one i.e. Tron TRX as it has increased by 20% the previous day, maintaining its place in the Top 15 of market capitalization. The reasons that made Tron to enter in the list of top ten in market capitalization can be listed as under.]

An Abundance of Partnerships

There are many reasons which acted behind the present improvement. The very first reason was the market conditions; it was overrated as well as overbought. Within a month period, Tron TRX went down from 0.30 USD to below 5 cents.

The weak-handed investors and the people who had extended too much of their capital had put the whole market in a very dangerous situation. In a very short period, the whole of the industry went from 300 billion to 800 and there was a tendency of descending corrections to be proportionate to the earlier increasing swing.

Bitcoin’s price was going down, proved to be an indication that created an expectation of a downfall in price in the rest of the market. The unstable condition of the whole market was considered to be the worst.

The second reason that can be given was the lacking utility and usability of the cryptocurrencies. Digital currencies such as Bitcoin, Litecoin and many other were launched into the market by those who were big fans of the technology with an aim to gain money through rising prices.

Unfortunately, the prices stopped rising and started falling, which forced the investors to sell-off in order to secure their profits. A book Naked Money by Charles Wheelan’s tells that such deflationary currency as cryptocurrencies break down the wish of its investors because the price of Bitcoin will be less than it is at present.

The only solution to come out of this chain is to make the price of cryptocurrency stable by creating real use and spend reasons for the people who are holding them. Tron is leading in that direction, that will surge its acceptance and people will get a path for using their Tron TRX. There will be two streams, those holding Tron to get a higher price for it and others who will buy TRX to use it in gaming and not to hold them.

We know how this sounds.

It is quite simple that if people get the reason to buy you currency, then certainly this leads to adoption or acceptance. The new way is to buy TRX to play Tron Dogs, and then to show it to your friends or coworkers and also to involve them in it. So in the form of a game people will get the reason to buy and spend TRX.

Cryptocurrencies will not get all strengths without giving valid reasons to people to buy and spend them. Tron Dogs is like an entrance for investors, developers and enthusiasts to get connected with Tron and create new use for the currency. Tron’s price is striking as well as tempting for such games.

You can get liquidity and can enable people to spend and trade their coins rather than hoarding them. You can get hundreds of coins for less than 10 USD at the rate of 3 pennies per coin. Such coins are issued only to provide a platform for gaming and entertainment, so even if the price changes, it will generate a chance to use a cheap and rich currency.

If people have the reason to spend Bitcoin, it will attain a highest level. As people have very less reasons to spend Bitcoin it is facing a major price fall. As against this, Tron has given many reasons to people to spend TRX such as gaming, high liquidity and also strong partnerships which require the exchange of currency.