Home Ripple Will Starbucks implement Ripple in 2018 for acceptance of the payments? 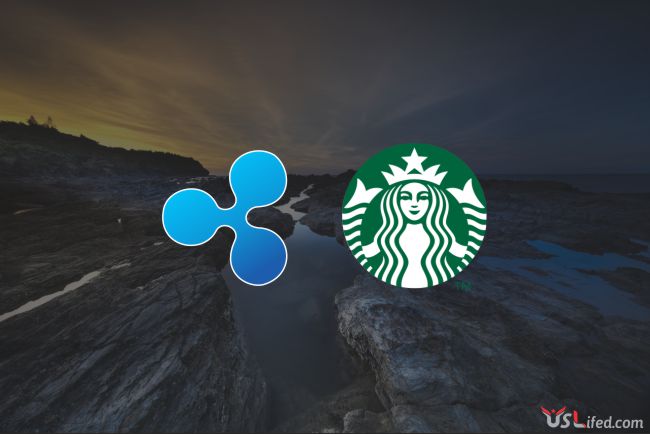 In the market currently, none of the currencies are performing as well as Ripple. With the speed that they are growing and their widespread exposure soon we might see it a common means of payment and transactions. The excellent efficiency rate of Ripple has grabbed eyes of huge business like Starbucks and it might be integrated with Starbucks pretty soon as a method of payment.

Moreover, more than 1/3rd of the orders of Starbucks is from smartphones through their app which is a really good indicator as the users already are familiar with the electronic technology of payments making it easier to implement and rebrand themselves with a new payment gateway. Even the CEO of Starbucks, Howard Schulz have a positive attitude and high expectations from cryptocurrencies. He believes integrating cryptocurrencies in their brand would create a significant effect on the shareholder value of the company in long run.

Listed below are three absolute advantages Starbucks, the most reputed coffee brand in the world would get by integrating cryptocurrency like Ripple into their system as a new payment method by the end of this year.

Bitcoin still being in the top list of cryptocurrencies enjoying a massive brand name and status, Ripple is not far behind. Ripple has been growing steadily with a great potential and breaking out as the best-performing cryptocurrency in 2018. Though the prices of XRP didn’t raise the collaboration of Ripple with billion-dollar companies like Western Union and MoneyGram did have a great influence on them and helped them reach skies.

While struggling since 2012, Ripple blasted off only this year and emerged into a new powerhouse of cryptocurrency. Prior to that most of the investors treated XRP as vaporware and Ripple to be a just start-up to make a new banking technology. Which has changed significantly and drastically after collaborating with billion-dollar companies like MoneyGram and Western Union in the past few months which has been the leading cause for the growing interest of investors in XRP?

For a huge company like Starbucks, it would need a decent market interest and a colossal customer base. Bitcoin would be the most obvious choice as it’s in the trend now and has already grabbed a large amount of market making it the best choice for Starbucks for implementing it into their payment and transaction methods giving their system a new and unique technological touch. Although it might change if Ripple is able to grab the same name in the market. Forsooth as Ripple grows bigger and bigger it will attract more and more investors and the price of XRP will also rise along with that Starbucks will also feel free to implement Ripple.

Starbucks harried to start accepting cryptocurrency as means of payment in 2018. This also opens a gateway for another application similar to that of LitePay where users can pay whatever and however they want to pay or consume XRP without having to reciprocate. This version of application would be user-friendly, convenient and emphasized programme which will make the usage for XRP easy for traders/merchants and the crypto enthusiasts.

Merchants have the caliber to deploy the technology as payment procedure on their end enabling them to accept direct payments and converting them into Fiat. Due to various advantages, like the low transactional fees and the speed of transaction both of them favors the seller and buyer both. One of the most unsung features of LitePay is their 1% transaction fees while the debit/credit card transactions take 4% as transaction fees on behalf of the merchant. Ripplepay can be hugely beneficial for big as well as the small organizations. Small merchants, independent bookstores, coffee shops and online merchandising will get benefits from the low transactional fees and also with the flexibility to attract more customers.

The cryptocurrency Ripple is one of the best Currency to be implemented in the current market but the parent company has yet to set the coin from person-to-person as a digital tender. The utility of XRP applies strongly in the XRP. The specific points are listed below:-

The fee of XRP sending or consuming is extremely low of 0.0001 XRP per transaction which will remain constant until the fees become efficiently negligent. The transaction is extremely low in comparison to all other cryptocurrencies currently in the market like Ethereum, Bitcoin, Litecoin etc. So the transaction cost is not a hurdle anyway for the transactions as even with a fee of as low as 10 USD users can get unlimited transactions for their lifetime. This makes XRP coin as the most optimum choice for all Crypto enthusiasts those who want to spend cryptocurrency the same way as they spend traditional money.

In order to become as convenient as visa, Ripple needs to have a widespread acceptance. Until that happens holding cryptocurrency is just a way to appreciate and speculating just the price. Both utility and usability has to be present in order to become accepted everywhere and to be trusted among all. Currently, it has a transaction time of under 10 seconds which they are eyeing to make it about 5 seconds which will make it smooth and efficient making it Visa-like alternative for Crypto enthusiasts.

Ripple is all set to Target the financial sector but it’s highly efficient systems make it eligible to be implemented in consumer/retail sector as well. So If Starbucks and Ripple merge together it will catch eyes of a huge mass and give attention to the cryptocurrencies and give them more scope for mainstream adoption for more and more companies.