Home Ripple Recovery time for Ripple (XRP) vs Stellar (XLM) but which one of... 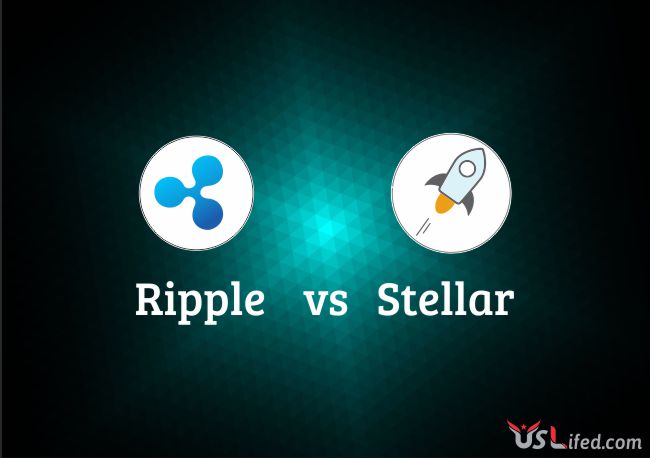 Recovery time for Ripple (XRP) vs Stellar (XLM) but which one of them is in a better state?

In an hour to hour price movement, in one day, Stellar (XLM) has proven to be better than Ripple (XRP). The Lumens had a gain of 11.6% to the 8.6% gain of the XRP on the day when both the coins were in the green range. The investors of these two competitive payment currencies can feel good as this is a very good news for both of them.

If you’re here having no idea about the ups and downs of Stellar and the Ripple coins here’s a brief information:

One thing we can all agree on that Ripple and Stellar can be the same coin but they are not. Jed MecCaleb, the founder of Stellar was with Ripple at a time, Stellar may know what the pros and cons of the Ripple, their competitor, pretty well.

Using the Blockchain technology Stellar provides a platform for the payments. Stellar (XLM) is an open source cryptocurrency. Ripple network isn’t open sourced, that differentiates it from Stellar. Federated Byzantine Agreement (FBA) algorithm is used by Stellar that allows stellar to have transactions faster, of up to 1000 tx/s. To reach consensus Ripple uses a completely different technology. The ripple mechanism is a proof of correctness mechanism and is known as Ripple Protocol consensus algorithm (RPCA).

The one to emerge victorious and defeat the opponent will be decided in future based upon the deals they bring into the Market. The one to bring the best deals will be at the top. Both the cryptocurrencies have basically the same aim, helping the financial institutions in making cross border payments. They differentiate with each other when it comes to the clients they target. The aim of Ripple are the multinational payment providers and global banking institutions. Ripple has signed several partnerships with different banks in Japan. It also has deals with global money remittance providers like MoneyGram, Fleetcor and Western Union.

The main Target of XLM network is the emerging markets. It has aims to provide facilities of cross border emittance for the unbanked mostly. IBM is their main partner so far, IBM may facilitate the projects for XLM network in many countries of the south Pacific region. The other partners of XLM network are Stripe and Keybase Deloitte, they will provide the access across the world using the mobile app.

Who needs a good news? XLM or XRP

Keeping personal emotions aside ripple really needs a good news right now. The Investor confidence is not going to be the same after the court case with R3 HoldCo and it actually came right about time. Ripple (XRP) was added to the Abra Global wallet app. That happened to be the first good news in a while because recently could not make it into Counbase. Ripple’s improved performance in the market can ease the sentiments of the people but since all the cryptocurrencies had an improvement it’ll be tough for Ripple.