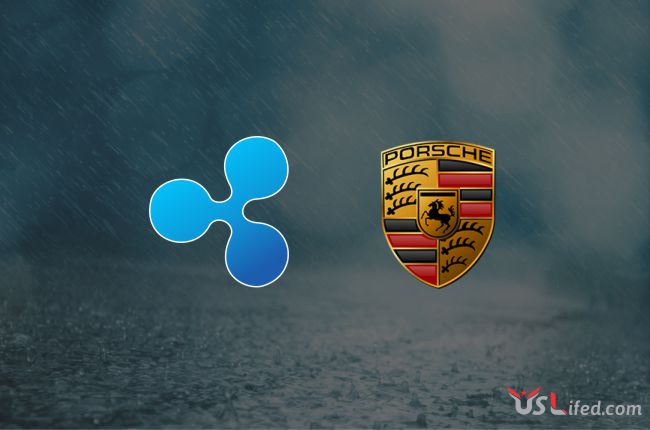 One of the biggest luxury car brands in the world, Porsche had a recent interview with the Deutsche publication of Coin Telegraph and announced that they are eyeing to become the first ever car company in the world to integrate blockchain and cryptocurrencies in their vehicles. The specific announcement was about their collaboration with a startup from Berlin, XAIN. The subtotal focus is to explore the possibility of merging crypto blockchain technology with motor vehicles.

XAIN might make their own blockchain technology to implement their programme that is specifically designed for vehicles. But it’s likely that they could do the bulk of their work with an already established network. The reasons listed below are some of the many reasons why the merging of Ripple and Porsche would be an awesome move.

Ripple is one the best cryptocurrencies currently prevailing in the market with its impressive speed and the effective time of a transaction. As Porsche planned to integrate cryptocurrencies and is a   luxury car it would also require a top-level cryptocurrency to keep the luxury of their customers on top notch. Porsche will need a Network like Ripple which is known for its best network and for its transactions without delay.

For every transaction, it charges a very low amount of just 0.0001 XRP. Other cryptocurrencies charge a comparably high amount for initiating the transaction and for exchanging. If we look through this perspective, Ripple would charge a very minimal amount among all other prevailing cryptocurrencies in the market.

With the current price 1000 XRP, related transactions can be done with just a single penny. In other words, with just 1 XPR users will be able to do 100,000 transactions. So even a small amount of just 10 USD people can obtain the capacity of unlimited transactions for the lifetime.

In the coming years, with more advancement of technology very few cryptocurrencies would be able to survive and many other cryptocurrencies are likely to decline and eventually die. And it won’t benefit Porsche in any way if their implemented currency subsides and depreciate their features in the coming future. Congestion is also gonna affect the network and that will lead the users to have a hard time. For eg., Bitcoin has a very extreme end of limitations of 7 transactions per second whereas Ripple has the caliber of 1500 transactions per second which will further increase in time with development.

A person choosing to buy a 100,000 USD horsepower race car would prefer speed in every perspective of his life. Ripple has a massive speed of confirmation within 5 seconds with which user won’t have to wait and confirmation will be within the touch of the buttons on their phone. Whereas others cryptocurrencies taking a much longer time in minutes and hours. With this much long time, users will surely get annoyed with the delay making Ripple an effective cryptocurrency to implement in the Porsche.

Ripple has created unlimited scope for its implementation in cryptocurrencies because it has created XRP as a unique and colossal utility benefiting their users a lot. Due to its peculiarity and a team developer working on the edges for improvement makes XRP quite a different from all other cryptocurrencies. The only hurdle Ripple might face is the lack of interest in it by the entrepreneurs. Though it might improve with the future development and implementation in mainstream fields.

With the merging of Porsche and Ripple, the gap between the cryptocurrencies and the daily needs of people will be filled as it will be available everywhere just like cell phones. A few years back, the technology of smartphones was quite complicated and their costs were extremely high. But soon enough the smartphone network took away the market and widespread on a huge scale.

If Ripple follows the similar pattern in coming future the merging of the cryptocurrencies with daily needs will be common. Just like we use our key to open our car and then start the ignition, cryptocurrency can now serve the same purpose as a private cue. This key will be like a physical address will serve the same function.

With the 5 second confirmation time and minimal fees if a person would use to unlock his car and ignite it won’t cost him much. And also it will provide an extra layer of security as it will form a designated private key address that only the users hold, which is then recognized by a similar wallet inside the car as a signal to initiate the unlock and ignition securely.

It will also be almost free for users as only 0.0001 XRP will be consumed. The user can control his car entirely just by using his smartphone, watch and other wearable technical products. It opens all the avenues to pay even tolls, taxes, fees with ease and with an automated system through a walker held inside the car by using apps in which cryptocurrencies will be implemented and used with a negligible amount of XRP used. Thus, Porsche implementing Ripple would be an awesome idea and it will lead to innovation of other cryptocurrencies to introduce them to this system of integration with top brands.