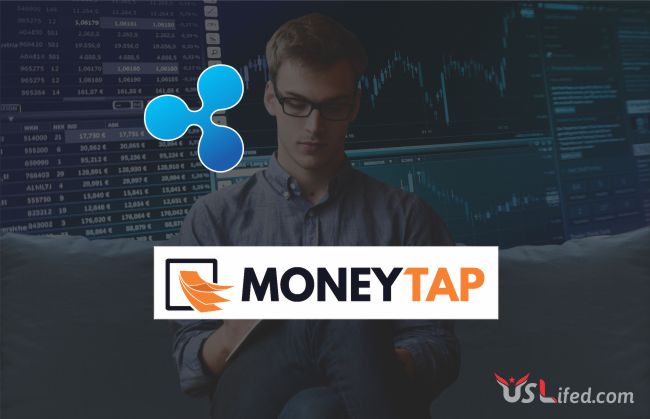 There was news in December 2017, stating that in Japan banks are going to create an association of payment card industries using blochchain technology. And today there is an advertisement declaring that this Japan banking association has given the name, “MoneyTap” to its awaited smartphone payment application. Ripple’s blockchain technology is going to run this application. The main aim of this app is to let the bank users to clear their transactions very quickly. The future users even got the first trailer of this “MoneyTap” app. This is the first mobile app which has been created and will be used by many banks in the country.

The Japan bank consortium consists of three members which are SBI Net Sumishin Bank, Suruga Bank, and Resona Bank. These three will be the first to go live on the mobile app in 2018. This association or consortium will continue to astonish.

This Japan bank consortium is managed by SBI Ripple Asia. It includes 61 banks that cover beyond 80% of all banking assets in Japan. By this association MoneyTap will have the prospective to give payments on-demand to most of the countries.

In Japan flexibility is seen to some extent with domestic payments, i.e. transactions must take place on weekdays and that also within fixed hours between 8:30 am and 3:30 pm or risk delays. Negotiations are going on to change the window on the present banking rail system and to modify it and make it available 24 hours per day and also 7 days per week. This will increase its cost.

In the app “MoneyTap” the bank consortium consumers will be allowed to make quick domestic payments and the requirements will be just a bank account, their phone number, or QR code. Additionally, this app will also lower down the current banking costs and also the ATM fees that are charged for the domestic money transfers in Japan and will make these payments faster as well as lower down its cost.

Takashi Okita, the CEO of SBI Ripple Asia, said that it’s an honor for them to leverage Ripple’s blockchain technology through their mobile app MoneyTap for the betterment of payment structure in Japan. He was very hopeful for this new app and included that along with trust, reliability, and also the reach of the bank consortium, they will be able to eradicate the chafing from payments, making it faster, safer and also much more effective domestic payments practice for their consumers.

There are many problems related to the payments between two countries, Ripple intends to solve such queries. More than 100 financial organizations at present are using xCurrent and currently Ripple has made new additions to pilots of xRapid that unites XRP with worldwide payments whenever required. But the control of blockchain can be used to answer problems of domestic payments.

“The release of the MoneyTap mobile app shows Ripple’s continued commitment to provide its partners across Asia and the world with blockchain-powered solutions that dramatically improve the customer payments journey,” said Emi Yoshikawa, director of joint venture partnerships at Ripple.

Emi Yoshikawa, the director of joint venture partnerships at Ripple, said that the issue of the MoneyTap mobile app clearly indicates the nonstop promise of Ripple to give blockchain powered solutions to its partners in Asia and also through the world. This will develop the consumer’s payments practice. He added that it’s their pride to offer such a technology that will improve the practice of payments throughout the world and also have app for domestic payments.