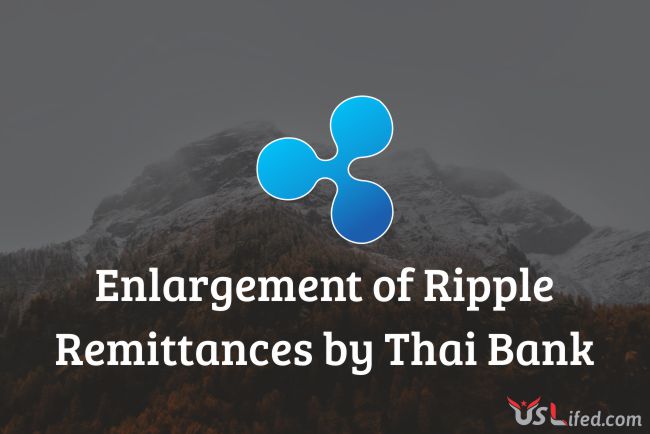 The Chief Strategy Officer of the bank said that the inflow of these two currencies is rising greatly, so they have taken this decision and by the third quarter of 2018, the bank will achieve this apprise.

The bank is deciding to bind these two currencies for the incoming remittances or payments and is going to stretch the payments to cross-border payments after its thorough analysis. As 60 Japanese and South Korean banks are using Ripple’s blockchain, the SCB has decided to add Japanese Yen to the system.

The bank also explained that from June 2017, the analysis is being carried out, and has helped those Thais to send money to their native land, who are living in Japan. The bank also clarified that as the process is similar to any other currencies, no analysis will be required for the addition of the new currencies.

The professionals think that by using its cryptocurrency XRP, Ripple can raise its value, so the company has planned to invest in newly emerging companies as well as technology companies to get more users of XRP. As per market cap, Bitcoin and Ethereum are the two leading cryptocurrencies, and Ripple is the third biggest cryptocurrency. Banks and over 100 financial companies use Ripple as a platform for payment.

It is considered the second largest cryptocurrency as its market cap has reached $128 billion. However, other cryptocurrencies including Ripple were ruined by an unexpected crack in the crypto market. Because of the declaration of rules made by the South Korean regulators, all the cryptocurrencies had a decline in their values.

At present, the total market cap of Ripple is orbiting around $ 30 billion, and as per the professionals, this shortage of value is the result of lack of use of XRP. The CEO of the company speaking at “Money2020 in Singapore” said that Ripple is giving the payments solutions to the banks and few banks are not even using XRP.

The company has decided to invest in small companies, willing to use Ripple XRP. The CEO even said that those companies that are ready to use Ripple XRP in various ways, Ripple will enter into the partnership with such companies.

An example of Omni has been given by Garlinghouse, in which Ripple and its two executives have invested $ 25 million and because of this investment, Omni is ready to use XRP. Such investment in small companies will aid Ripple to well-acquaint XRP token which will raise its value in the coming days.