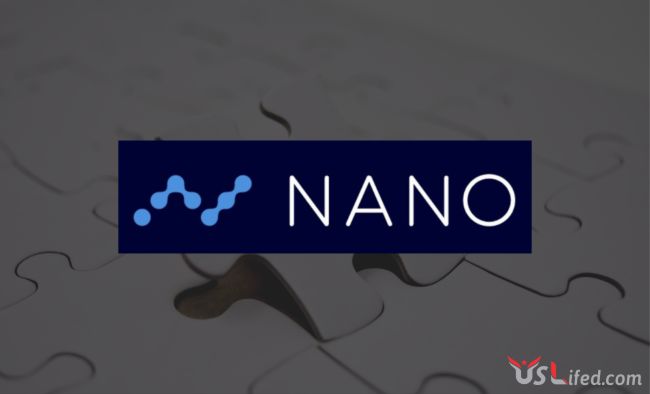 Prior to getting a new image as Nano (NANO), it was known as Raiblocks (XRB), and it looks that still, it has not completed its development.

Nano is advertised as the right digital currency which is hoped to modernize the actual usage of cryptocurrency in dealings. It is free as well as fast, also effortlessly and steadily you can make payment of anything you likely to pay with this currency.

It is a pretty good plan because of its features as zero fees, immediate dealing ability, and extremely accessible platform. The crypto market cordially welcomed this currency, but later on, its value was affected by the disputes regarding the bankruptcy of Bitgrail and the crypto crash.

Presently, cryptocurrencies are struggling with a very difficult bear run, so it is time for investors to depend on the market sentiment and have faith for an improvement. In past, Charlie made a statement which annoyed the Litecoin followers. It has to be noted that Nano is fast as well as free and every account has its own blockchain. So if everything is going smoothly, then why should the team wish for universal blocks? One needs to discover this.

It can be said that whatever the team finds good for the network is also good for all. This can be the reason for the data being titled as; “Benefits of Universal Blocks” and the result will be beneficial to the network. This is clear from the blog which says that looking at the development of Nano and the way the developers and exchanges use the network and RPCs, it arouse the need to find out ways to improve the network with respect to security and throughput. Nano has been removing waste for the effective working of the network, and this is one of the reasons for its success.

Why was it necessary to have this new evolution on the blockchain?

The team wishes to unite the several kinds of blocks on the network into one. On the Nanonetwork, there are four types of blocks namely, open, change, send and receive, so a universal block is planned that will display all these four blocks in the same shape. The outcome is to get a secure, effective and very simple network for developers and exchanges.

The gains of the improvement procedure are listed as under:

If there is any performance weaknesses related to the main ledger, then this feature will help to examine that. Through this improvement, the network can examine infinite transaction signatures without disturbing input or output operations.

The procedure to trim ledgers to make them easier and detailed than they were when the blocks display in various shapes is possible through this feature. This change will help the nodes to maintain a reliable record of the data stored in the block.

The procedure of finding account balances for each block is made easier by universal blocks. Instead of nodes going back to the last send block for finding out account balance, all send records will be accessible for rapid checks.

The Nano team intends to unveil the evolution in two stages which will be included in the discharge of the network’s version 11. These two stages are “parse canary” and “generate canary” and as soon as the universal blocks are created, one will require improvements in order to continue.

A question arises as to which way it will influence Nano. There is a hope of the network becoming faster, enabling developers to interact easily with the protocol and enabling exchanges to make easier and faster transactions, also improving the scalability of the network. This will make the currency more applicable for practical use and also less speculative.