Home LiteCoin The main reasons why Litecoin (LTC) will still be the best currency... 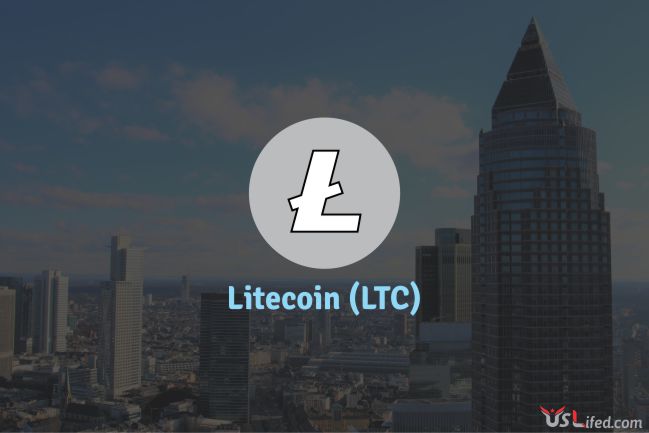 After Bitcoin, Ethereum, Ripple and Bitcoin Cash, Litecoin (LTC) positions as the 5th cryptocurrency by market capitalization. Litecon was created in 2011 by Charlie Lee. After having fairly sound time on the charts, Litecoin was left behind by other coins. Its similarity to Bitcoin also did not help the coin, and it looked as if LTC was hidden in the dark shadow of Bitcoin. However, as per experts in 2018, the situation will change.

In fact, Litecoin, frequently denoted as “silver to Bitcoin’s gold”, had an amazing time from March 2017. Its value is estimated to have increased gradually by up to 3900%. It has to be noted that at the beginning of 2017, LTC was priced at $4, but before dropping to today’s $186, its price increased to reach $367. And this increase in its price can be considered as a good sign for this coin. But, the fluctuations in the price of peers show that they might have performed better. So a question arises can Litecoin appear from Bitcoin’s shadow or not. Well, it looks quite challenging, but in crypto world, everything that looks impossible is reversed in a moment.

If this question is asked to Bitcoin fans, they will always say no. If face value is considered than such bullish statement can never be rejected. Bitcoin is larger and much admired than its competitor, and it will stay as the standard carrier of cryptocurrency so bitcoin will continue its dominance in the crypto world. However, Litecoin very calmly getting its acknowledgment and is having the aim to become the second-best digital payment currency.

There are two things that make Litecoin different and also place it ahead of cryptocurrency’s chief coin. Both have to do with their networks. Bitcoin though well admired by the people but is defeated in terms of transaction speed and transaction cost. At this place, Litecoin (LTC) seems appropriate as a payment method. So it is used by dealers and small to medium enterprises (SME). Daily purchases and micro-payments are much better with LTC compared to BTC, whereas transaction costs and transaction speeds are taken into consideration.

The rapid development of Bitcoin can be considered as a key factor that can indirectly provide help. The wide-recognition of BTC will make people gather around its network, which results in jamming the network and ultimately slowing down the network. Thus, traders will try to find an alternative to this that can be fascinated by LTC.

Among the top 10 coins listed on coinmarketcap.com, Litecoin has the greatest opportunity of becoming a payment currency and this is possible because cryptocurrency is continuously being accepted as a payment option.

According to Nicholas Cawley of DailyFX, Bitcoin will constantly remain leading coin, and for him, Bitcoin Cash is a much worthy goal to be reached in 2018. He believes that Bitcoin has acquired critical mass and also converted investors and traders towards it. He shared his views that Litecoin can be better than Bitcoin Cash, in his speech to Express.co.uk. Mr. Cawley shared his thought that Litecoin might go beyond Bitcoin cash but in terms of market capitalization, it may have to fight to leave behind Bitcoin.

Against the maximum of 21 million, Bitcoin Cash has less than 17 million tokens in circulation, whereas Litecoin has 55.5 million against a maximum of 84 million in supply. Hence, Litecoin’s market cap may develop speedily than Bitcoin Cash, provided the prices stay the same. Thus, going beyond Bitcoin will never take place, so Bitcoin Cash is left in Litecoin’s dismissal point. As such, XRP and Ethereum is very huge for it.

Though Bitcoin Cash (BCH) has a greater price value, it is the reverse in terms of popularity. Like the other two coins, Bitcoin Cash does not have the charm, and so Litecoin can be the go-to coin for daily transactions; provided Bitcoin continuous as a favored store of value. Then what can be said about retail and SMEs.

Andrei Barysevich once stated about Litecoin that, it was the second most preferred coin on the darknet. He said about Bitcoin that, everyone is aware that it will not go anyway, and will stay as a gold standard, so people will continue its usage and to invest money in Bitcoin. He thought that, for daily transactions, Litecoin will be a leading currency, immediately after the acceptance of Litecoin by the recognized e-commerce websites, this period will be when Litecoin will lead Bitcoin Cash.