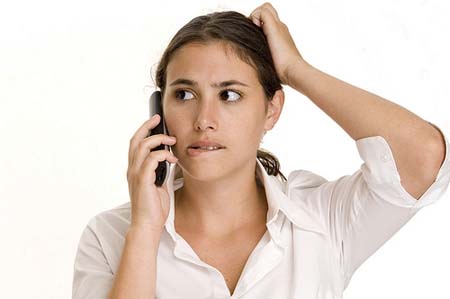 Things You’re Saying To Yourself That Are Holding You Back is must read for all. Here we have mention few most important points which holds back most of the people for starting any new work or project.

When it is matter with others we can easily shut up our ears, ignore them and in extreme case can avoid them, but when the things that are holding back are from our inside it is next to impossible for us to ignore it or to avoid it.

Because it is our inner self which is telling us something we cannot ignore, so, best course of the action is to listen it carefully and counter attack it with some positive and most logical arguments.

Here, we have given the list of the things which generally we say to our self more often and which many a times stops us to take some initiatives.

Many a times in our life we listen these phrase from various people. Whenever we come to know something new and after enough research and various findings it is found that the things, the dreams, the task or the mission is worth to take kind of the things, and if it is taken seriously it has every ingredients to be successful  and if research continued we may find many successful people had benefited from that.

Now, we have clear cut data and every figure of this data sheet gives us clear cut motivation to implement that project.

But when we think to adopt it, the first major block come from our inside, that clearly indicate you that, project is good, it is worth to do it, and certainly you start to think that, at that time. Your first ever inner critic comes to you and say ok you want to do it. Nothing wrong in it, but you don’ know anything about it. So, how will you do it?

So, this becomes your first holding back idea, which from ages holding you back and only God knows when you will come out of it?

But, before blowing up entire idea on this ground, just think about how to do it? Before you, there were, thousands of people who were quite new for that idea but instead of quitting they stuck with idea and not only that, they learn each and every part of that idea, they acquire all the necessary skill to do it, and one day they came out as a winner.

So, do not let ‘I don’t know anything about it’ become your first holding back saying.

2 I DON’T HAVE ENOUGH EXPERIENCE TO DO IT

The second major saying that hold back most of the people is that I don’t have experience or in many case enough experience to do it. You too might have experienced it many a times in your life, when you are passionate about something, from your heart you feel that if you do it fair chances of success are  there.

And when you determined to do it, when you gather courage to do it, when you acquire enough mental and physical energy to do it, and immediately that familiar voice ‘ I don’t have enough experience to do it’  ‘till today I never did it, how can I do it’?, ‘I have experience but not enough to start it, so how I can do it? Starts to whisper in your ears. And slowly but very steadily that whisper turns into shout and that shout wipe out your earlier enthusiasm and energy, and not only that, it certainly kill the entire ambition to take that work in to hand.

So, ‘I don’t have enough experience to do it’ is another your saying which holds you back and due to that you miss many golden opportunities of life, so, what can be the remedy of it, nothing specific, remember only one thing. Those who are considered the master or expert of their field today once upon a time they too were fresher like you and me. At one point of time or at the beginning of their life they too were lacking that experience.

3. I KNOW MANY PEOPLE TRIED IT AND FAILED

This is also one of the most popular saying you frequently says to yourself. Whenever any plan, Idea, Programs comes in your mind and due to the potentiality of idea you start to research about it, and after initial research still you feel the idea is worth to implement and at one particular point of time, you start to implement it very seriously and slowly but very steadily start some preparation in this regard and once you start and after experiencing first few minor setbacks, the popular voice ‘ I know many people tried it but they failed it miserably’ starts to enters in your ear and through ears it reaches in your heart, and slowly but steadily it creates small circle of doubt, apprehension, and that doubt simply compel you put of the entire plan.

So, ‘I know many people tried it and they failed’ is your one of the saying which holds you back, the surefire way to counter attack is if you are familiar with someone who previously tried and failed same idea, study thoroughly why they failed and find out the cause or reasons of their failure and make effective strategy to sabotage it.

4. WHAT PEOPLE WILL SAY IF I FAIL?

But, when you start to do something and ‘What people will say if I fail’ screams start to reach to your ears it is very much harmful.

No, doubt, we all live in society and opinion of society and especially if they are known to us, if they are family member, if they are friends it does matter to us up to great extent. But, if it becomes the sole reason for not stating something worthwhile about which you are very much passionate is entirely wrong idea.

So, next time whenever you want to start something new and if this familiar voice starts to pop up in your head, mind or brain, let it be, sometimes to ignore something completely is the best counter attack.

Here, I have mention just four major reasons which most of the people experience from time to time, but the list is not exclusive, depending upon the person to person, their circumstances and their own situations there may many more things can be included or excluded.