Home Cryptocurrency What is SUBSTRATUM? All you need to know 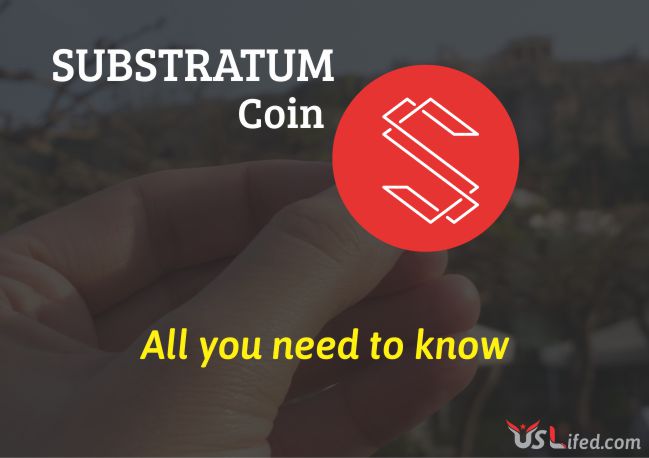 Substratum is known for its open source that allows any user to rent their computers as hosting server, it is also known as the decentralized web.

Substratum wants to release the centralized ties that put together web hosting and content access. What Satoshi Nakamoto wanted to do to the currency with Bitcoin, Substratum wants to do the same thing to the internet. With the Substratum, Internet users don’t have to worry about the centralized, monolithic hosts to access web content. It allows the users to surf the net on a decentralized, open-source platform through a network of individually run-nodes. It’s trying to effect a peer-to-peer internet in this web era just like Bitcoin wanted to effect a peer-to-peer money exchange system. In Substratum, internet people will host the Internet for each other.

The scope of Substratum is considerable but the goal is quite to the point. In short words, it allows anyone to host web for anyone through nodes on Substratum blockchain.

For example, if a user is looking to host all he needs to do is install the Substratum software and run the programme. Once it’s starts running it acts like a miniature-server, creating a nodule for people to access the internet, syncing up to other nodules. Hosts are then paid as consideration for their effort in Substrate, Substratum’s token. The amount to be calculated on an individual basis depending upon the CPU power, network bandwidth and data count a host’s node process.

Hosts have the freedom to fix their own hosting schedule. Using the application’s settings program they can regulate about how much processing power they want to contribute by turning their node on/off. A user needs to worry about anything once connected to the Substratum network, the protocol will take care of the rest. AI geolocated and connects to the nearest node using your Domain Name System (DNS). It runs existing DNS framework, so Substratum will include browsers like Chrome, Safari, and Firefox. This makes the Substratum more safe and secure.

Various Applications, websites, and databases can be hosted by business, corporations and other entities. This will also be a good alternative to centralized server hosts such as Godaddy, Amazon, and others. You need to pay only for the network host if you want your content or services to be hosted in Substrate for the amount of traffic their nodes accommodate.

Along with the use of publishing content with Substrate, one can also implement the Substratum’s CryptoPay function. This will help websites to take payments for goods, services, and fees in the form of any publicly traded crypto-asset. The substrate will act as the transverse currency to moderate transactions.

Substratum’s programme promises to perform even where web protocols fail without any threat of the web censorship or regulation. Substratum’s blockchain technology makes web surfing more safe and secure. The Substratum’s cryptographic algorithms that run the network makes sure that the integrity and the render VPNs and Tors are dilapidated.

There’s also a cost-benefit while using Substratum. Most hosting websites charge a nominal amount even though it’s not accessed. Let’s take Amazon Web Services, for example, they charge their clients on a monthly basis. However, it charges the websites by request depending upon their how much amount of data that was requested for a given address. They also give a disclaimer to all of their customers that they haven’t calculated the data in a complete fee matrix, but they have estimated following the traditional hosting costs.

This applies to the citizens of United States too. On December 14th, The Federal Communications Commission repealed Net Neutrality, a regulatory doctrine established during the Obama-era. For those are not familiar with the term Net Neutrality, I’d like to jot down few lines for those people. Net Neutrality means the web providers must treat every web content data equally. Without it, they can charge premiums for specific contents, block, restrict, or internet content applications, websites and services if they see fit.

We must probably see where Substratum factors lie into all this. Substratum encrypts all the data and network traffic that goes through the network, much like VPN. Moreover, the gateway to the web is divided into multiple nodes, essentially fragmenting the access point’s IP address. No one should include ISP when using Substratum as it can monitor your browsing data and your internet activities. This would initiate and help the users to use a network which can’t be traced anyway and it will also allow them to find a way out of this hurdle.

The Chinese citizens can use this ISP, Substratum nodes to visit restricted websites like Facebook. Even Americans can do the same to visit any website which is blocked or throttled. Forsooth, you might have to use a Tor browser or a VPN to pass through such regulations but Substratum’s blockchain technology give us the same authority more efficiently and without any technical barriers.

The value of Substratum has increased significantly questioning the net neutrality in the United States. It was initially drafted as 0.28$, running up in anticipation of the FCC Net Neutrality Vote. Now it is being traded at the price of $0.30 and can be bought on Binance, KuCoin, EtherDelta, HitBTC, COSS, and TidEx.

To bring the vision of Substratum true, they are trying hard to build the interface which is actually easy for a casual user. The team consists of big named developers who already have had an experience working with Apple, Microsoft, HP and OpenStack and many more. They know very well the scope of Substratum and it will be widely used in future and they are trying their best to make it users friendly to make this vision of peer-to-peer internet come into reality.

We got really high hopes with Substratum, because of its uniqueness in nature and also have a huge scope of future, making people’s life easier. Version 1 is to be launched for sometime in December and Version 2 with the CryptoPay is set for Q1 of 2018. As 2018 signs of progress I would really like to see how it grows.