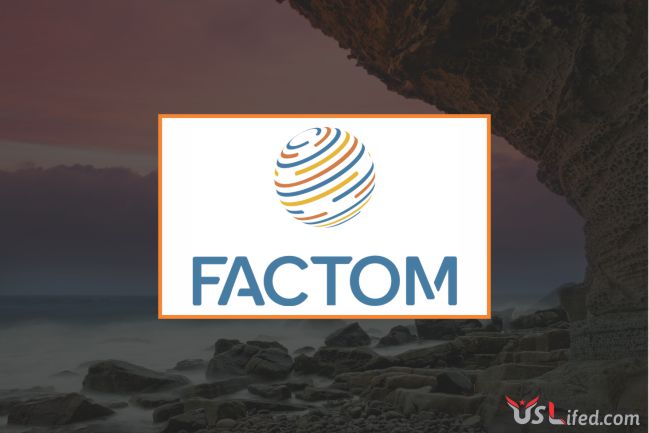 Factom is a mind-boggling idea and I’m really fascinated to see its unique approach to the blockchain technology. If you’re familiar with cryptos like Ethereum, you might be knowing about the various blockchain technologies outside of the currency construct. We have encountered enormous coins but now unsurprisingly many other different and unique applications are coming into the market. We have seen ethereum making their blockchain and payments secure by resounding applications like two-way verification.

But the Factom eyes on the field of handling the data by maintaining an indelible record of the transactions system. Factom is an indeed a trusted and secured ledger technology that records and decentralizes pieces of information with the maintenance of the anonymity of the user quite efficiently. Government, schools, diverse businesses can store various kinds of information over here without any fear of alteration or leakage of date as they focus on safety as their main priority

The blockchain technology used in Factom is on top the Bitcoin blockchain and quite more efficient. This ensures us that Factom cannot be shut down as the network is not operated by a single person. It is operated by millions of people across the globe independently. Though we find some similarities between Bitcoin blockchain and Factom blockchain it has a huge difference. Factoms makes applications that are voting systems, legal applications, medical records and more whereas Bitcoin eyes on currency and data records of monetary transactions.

I’d like to pay attention again on the parallel of Ethereum and Ether. As Ether was the running criteria for Ethereum , we can expect Factoids being the necessary fuel to run Factom. It gives the freedom to the user to upload data into the network and works as something of an anti-spam net. If a person buys Factoids or FCT he can either use it for trading them as entry tokens which basically allows him to hash. With this statement we can conclude that as many applications Factom starts making, Factoids would have that much worth.

On the Bitcointalk, a user stated that Factom has a great potential as it promises to solve problems focusing on data and they are giving more priority to the users than the problems in financial systems which BTC is currently trying to solve. This is not stable and can change at any time, the financial crisis could come to a peak at any time. For the time being, I believe in this ideology and lot of problems of the financial systems are also connected.

As per our opinion, Factom has more potential and solves more issues than other systems like Ethereum. It’s one of the best real-world applicatives and we are already seeing it being circulated around us. It has been used in smart cities and even storing movie scripts and reels privately and it was quite good in maintaining the privacy of its users. It’s on the verge of peaking right now and this is just a start. The potential of Factom is enormous and we can rely on it to change the boundaries of blockchain technology and influence the world in a great way.

And it doesn’t have many disadvantages and it’s built on top of a tried and true foundation. It’s not a real currency unlike Bitcoin or Zcash so there’s absolutely no risk of being hacked. The potential in downsides is nothing in front of colossal upsides of the potential of Factom that you can experience it yourself by investing. Literally, If you see the pattern of all the successful traders then they have always focused upon the upside potential and not on the potential risk included and the expectations.

Tim Drapper, a well-known venture capitalist with a huge interest in blockchain technology is also an early investor in Factom. This proves that Factom is worth investing when experienced people like Tim Drapper was interested investing in it, what are you waiting for?

Factom gives us a good feeling whenever we think of its possibilities and potential. It’s an unknown technology that the world is still not aware of, as the cryptocurrencies grow with time and gain more and more momentum, Factom will be a group that has already laid a foundation and network to capitalize business awareness. I have this strong feeling that it’s an awesome technology that is still waiting for a boost, but it won’t take much longer to reach heights. So I’d suggest everyone grab this opportunity and invest in this great potential technology since it’s never too late than never.