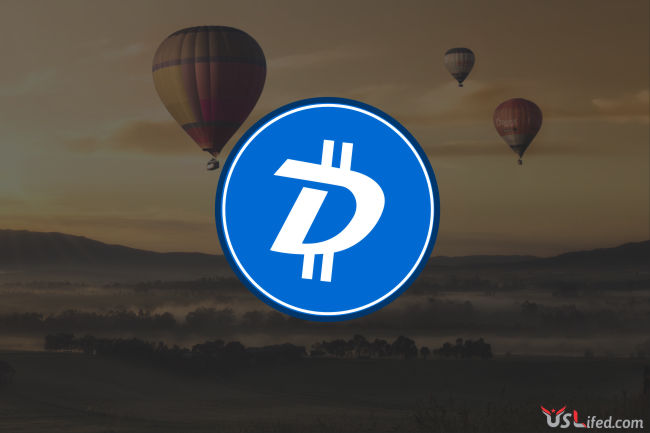 DigiByte got a huge response after it changed and developed its price mechanism and another sort of features which made investors more interested towards this coin to invest upon. This is a mighty step for the DigiByte and it has failed to grab the attention of people in the market till now, unlike the other cryptocurrencies. Does DigiByte consist of some hidden potential? Or it’s just an ordinary sleeping currency? Let’s find out through this article.

DigiByte is standing out from the mainstream as it is using two additional layers in its blockchain technology, that is we have Digital asset later and application layer. The application layer serves the facility to create Dapps, which are basically decentralized apps. This depicts that this can be taken as an application store similar to the Google Play Store. Just like DigiByte, Ethereum also has this technology which allows people to create and upload their own applications specifically designed for blockchain based networks.

Though, DGB isn’t as colossal as ETH and Ethereum is a very large platform which hosts several coins across its Platform, unlike DigiByte. This later somehow also enables the decentralized applications made by the users to be distributed across its entire blockchains, which is a fine move to attract more investors to invest in DGB and use DigiByte layers.

The first layer is a radical layer that isn’t present in almost all other cryptocurrencies, the digital asset layer enables users to communicate with each other across the blockchain on a regular basis. They make the fast and hassle-free interaction between the people across the blockchain those who want to interact very simple and easy.

With all these statements we can conclude that DGB’s sole purpose is not just to earn the profit and existing solely for that. The developers behind the DGB have thought for all the possible developments and details that helped to create such a pretty, neat and easy to use a currency that runs on nodes and makes a safe way to make transactions in a new decentralized way.

How is DigiByte doing right now?

The only reason DGB is being mentioned is the major improvements in the terms of its price and technology that the coin has seen after the growth of its price at the beginning of February of the following year of 2018.

Within this specific period of time, DGB has managed to reach an amazing whoop at its price of around 70%, consequently raising its price against the dollar. However, many people won’t be interested in DGB in spite of its gaining popularity and whooping success in a short period of time is due to the fact that it is the same as BitCoin in several ways.

This fact is not exactly legit as the developers have worked hard and managed to add two more additional layers and additional protocols and additional functions of security making it unique and to stand out in the market of cryptocurrencies. No matter whatever the fact might be, DigiByte currently stands at 0.043$ per one unit, making it optimum for bulk investments.

The fact which might make people excited and not to consider it as a sleeping Coin is the announcements that it made recently regarding its partnership and collaboration which are being planned to launch in the next two years.

DigiByte has announced the arrival of new projects on their official website. Top of the line we have DigiMessenger which will communication easy around the blockchain network through decentralized applications just like any other traditional messaging apps. Along with that we also have Digi-ID, Digi-Bot, Digi-Hash, Digi-Playground. You can check out their official website for more projects along with DigiSeeder and more.

With the huge announcements mentioned above, users can also take advantage of other the foundation core programs made in the form of Partnership Program, Ambassador Program, Development Team and Board of Advisors. All these foundations have been incurred to have a better mechanism and functionality and updates running within the software. This features will make it beneficial to partner with other companies, individuals, and investors, and also the recruiting local ambassadors to promote DigiByte and it’s core ideas.

It clearly depicts that the developers of the DigiByte team are ameliorating their level and trying hard to maintain their uniqueness and stand out from the market from other cryptocurrencies. It really has some cool and rigid development plans to improve that could grab the attention of some serious investors towards DigiByte. Do you all think that DigiByte has some potential hidden inside it? Or it will go back to sleep again for another 4 years of somewhat passive existence?