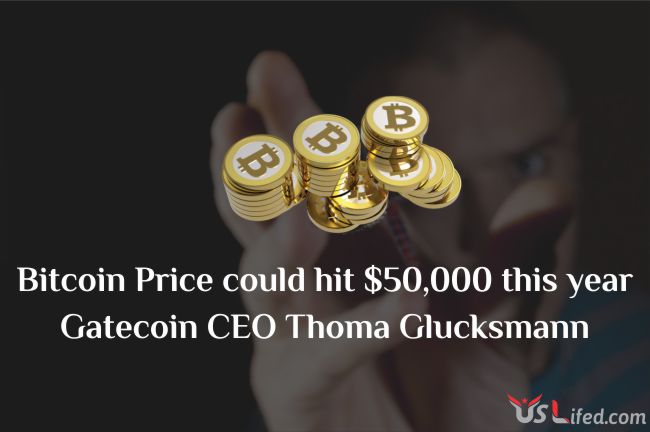 In spite of the current sell-off which the digital coins faced, the experts are still very positive about cryptocurrencies  and they told CNBC that cryptocurrencies can rise higher than the previous year and could even go beyond a trillion-dollar mark in terms of value.

In the past year, both the CME and CBOE issued bitcoin future products for people to trade. Also Nasdaq CEO Adena Friedman in his interview told CNBC that the exchange will go on and study cryptocurrency futures.

The cryptocurrency investors Cameron and Tyler Winklevoss, the two brothers and the founder of Gemini Trust digital currency exchange, who had an ETF application rejected in the past year, said that there is no bitcoin exchange-trade fund on the market. An ETF is like a tracker that tracks the price of an asset and the people will not have to buy the digital currency to trade bitcoin on an exchange.

Last year cryptocurrency met with a sell-off after seeing a big price rise for almost all of its coins as we can say, ethereum went above 8,000 percent and bitcoin saw a rise of about 1,300 percent and ripple went above 32,000 percent. Some experts have a vision that this year the prices will rises even higher than this.

Jamie Burke, CEO at Outlier Ventures, which is a capital firm that focuses on blockchain investments, wrote in his email on Tuesday, to CNBC, that cryptocurrency market will rise to a level of trillion-dollar after February and the market will concentrate more on basic market rules.